I discovered something new on YouTube last week called "The Ten Minute Block".  It blew me away.  I found it while visiting one of my favourite blogs "Sew Kind of Wonderful" blogspot and looked at some of the other blogs she was following.  I don't remember which blog it was but a blogger was talking about the ten minute block and had a link to the video.  Here is the link.

I have become aware that this block has been around a while but its new to me so I have taken a layer cake from the store and am in the process of making our first sample.  We have ordered two books by "Design Originals" to have in the store for sale.  Once you see the video you will know why I am excited about this. 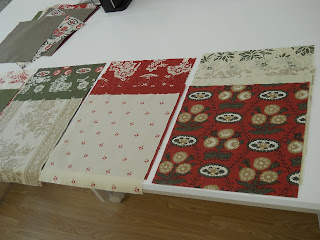 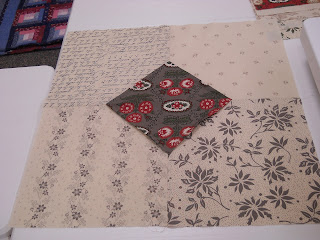 Wow, that was fast (maybe a little more than ten minutes because trying to sort out the middle section was a bit fiddly.  Next one should be quicker.  I will time it. 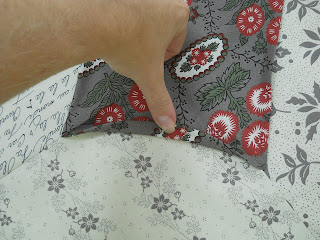 I'm going to do the cathedral window curve as shown in the video.

I have now made six blocks.  All of them took at least 15 minutes but that okay because they really look nice and still pretty darn quick. 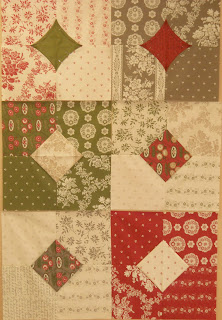 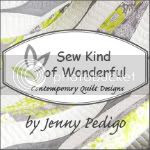